By Adrian Dannatt
“I try to think of what time is and all I can think is… ‘Time is time was.'"

W hatever the wisdom of Warhol’s words, it is certainly time for the Whitney retrospective celebrating every aspect of his achievements. After all, New York’s - arguably America's - most famous artist has not been treated to a major exhibition since 1989, two years after he died so unexpectedly. 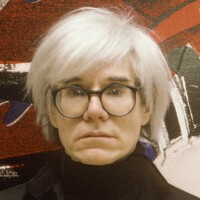 That's about to change. The Whitney Museum of American Art's curatorial team - led by Donna de Salvo - have pulled out all the stops. The title From A to B and Back Again (riffing on Warhol’s “philosophic” tome) speaks to the exhaustive range of the curators’ research and presentation. It is the biggest show yet held at the new, Renzo Piano-designed Whitney in the Meatpacking District, and the largest and most thorough Warhol show one is likely to see in a lifetime.

The timing of the early November opening is also quite fitting; it would have been Andy’s 90th birthday, and the celebration is all the more intense for being in New York City - his adopted hometown - one which has changed inexorably in the past 30 years since he catapulted to fame among its downtown scene. 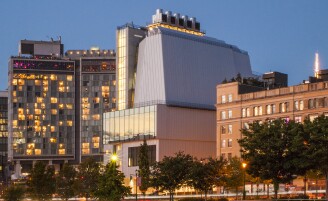 So where in New York would Warhol go if he were alive today? The existing old haunts favored by his Factory friends? Or could new venues lure the great voyeur of glamour and youth? In truth, he would probably still be just as at home at 57 East 66th (where he lived from 1974 to 1987): albeit, that most democratic and American of artists would be loving the new technology and bingeing on Netflix like all of us.

Ready Made Collective
Started in 2018 by 26-year-old cultural entrepreneur Sam Dailey, this free-floating party brings together everything Warhol loved: art, youth, exclusivity and money. Connecting young artists with each other and with fans and friends, these exhibition-events mix modish new collectors with the streetest of street artists, some from as far as Bhutan. The parties, which are complete with live music, are held at secret locations, from Chinatown to, most recently, a penthouse loft on Chrystie Sreet in the Lower East Side.

Tucked away in a Greek revival landmark, Colonnade Row, along Lafayette Street, this now-iconic restaurant opened back in 1984 with a raucous dinner for Andy’s friend and artistic rival Julian Schnabel. Established by Brian McNally, the Asian fusion spot brought together downtown club kids, fashion moguls, artists, socialites, gallery owners and art patrons with a unique brand of chic and cool that drew clientele like Naomi Campbell, Jean-Michel Basquiat, Bianca Jagger, Grace Coddington and Diane Von Furstenberg, to name a few. 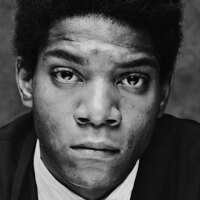 It has stayed hot ever since. The décor is perfect for selfies: retro palm tree wallpaper, glossy checkerboard floor, white tablecloths and fresh exotic flowers glow in the dark, candlelit room. The food is improbably good and the buzz is unmistakable, aided by a diverse cast of statuesque waitstaff and a crowd of regulars who spans generations. This ultimate art world insider diner has seen it all over the years, and still holds sway.

The Odeon
This fabled art deco bistro appeared in 1980 as the groundbreaking flagship of Tribeca, an area which has been dramatically transforming ever since. From day one it proved a firm favourite of creative individuals, and so it has remained. A year after its opening, Warhol’s legendary dealer Leo Castelli chose it for a group photograph of 19 of his best-known artists, Andy to the fore, and its unchanged interior happily remains darkly glamorous, moody and utterly “grammable”.

The Russian Tea Room
Andy was a regular at this extraordinary emporium: sole survivor of an era of White Russian aristocratic exile and the antithesis of the working class, deeply Eastern European Warhola family of Pittsburgh. Opened back in 1927, the plush fantasia of regal opulence has been polished up over the decades but still has a genuine frisson of Tsarist intrigue. References to the Tea Room (gay slang for a convenient tryst) stud Warhol’s diaries, not least numerous encounters with actress, model and muse Edie Sedgwick.

Hard to imagine, but today even Warhol would shoot out to Brooklyn where so much of the fizzle and fun of Manhattan has shifted. He might gasp at the gigantic palace of culture, a vast compound devoted to every sort of creative expression. Located in the romantic badlands of Red Hook, this latter-day “Factory” is the brainchild of Dustin Yellin, a young bohemian sculptor with the chicest connections – a quintessential Warhol “superstar”.

Mr Chow's
This uptown bijou opened in 1979 as the most elegant and exclusive of all the restaurants of the eponymous Chow, who as a lifelong artist himself puts a premium on decor and clientele. Friend to Warhol (who painted his portrait in 1981) and every other art star of his era, Chow has relinquished no chic. Despite a second outpost in Tribeca, this location remains the undisputed classic, where Basquiat loved to come doodle on his napkins under the distinctive floating kite sculptures of Richard Smith.

Supreme
One of Warhol’s favourite stores – and the only one that he regretted never thinking of himself – was the Pop Shop created by graffiti artist Keith Haring in 1986 to directly sell artist-made merchandise to the public. This was just a few doors down from its most contemporary equivalent, the fabled SoHo HQ of the conceptual skate wear empire Supreme, whose long lines and high-end exclusivity, is marketed only to the youngest and coolest. Andy would have adored every drop of it.

Emilio’s Ballato
Warhol was one of the discerning few to discover this classic Italian-American hideout. He liked to lunch at its original incarnation, along with the likes of John Lennon, before the original owner John Ballato died in 1980. Today, this remains one of those rare venues that has maintained its secret status, still very much an “insider” hotspot without a website or much fanfare. Bought and improved on in 1992 by Emilio Vitolo, this tiny restaurant is drenched daily in celebrities who honour its ultimate discretion. The food is also excellent.

Neue Galerie
This gem of a museum is one of the latter-day wonders of Gotham; a sumptuously restored 19th century townhouse devoted to the golden age of Austrian and German art. It is home to what was once the world’s most expensive painting, Klimt’s 1907 Portrait of Adele Bloch-Bauer I, and is the brainchild of collector Ronald S Lauder. 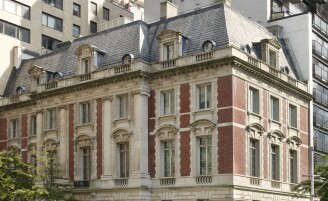 Not only does it house an exceptional collection, but it also offers a richly heartening experience of time travel; here, one is transported back to Vienna in 1900. It even has an authentic period café, complete with a Bösendorfer grand piano.

Bemelmans Bar
Just ten blocks from Andy’s townhouse, this celebrated bar, as small as it is potent in romance, was decorated by Madeline writer Ludwig Bemelmans, whom Warhol knew and admired as one of New York’s most successful illustrators. One of a select few of Manhattan landmarks not to have suffered a brutal makeover, Bemelmans’ magic is conjured with tinkling piano and sotto voce erotic intrigue among the banquettes. It’s the only bar decorated by a famous children’s book author, and an ultimate haven for the grown-up 'Madelines' that Warhol befriended and depicted in screenprint portraits over the course of his career.

The Gramercy Park Hotel
Sumptuously redecorated by Julian Schnabel in 2006, the Gramercy has been transformed into a veritable rotating gallery of classic modern art. Warhol takes prominence, from a suite of his prints to a collaborative painting with Basquiat.

The Rose Bar is notably elegant; an almost domestic setting complete with roaring fire for one of the maestro’s masterpieces. It’s a rare opportunity to enjoy his work as his collectors can, at comfort with friends, rather than in the white cube setting of a museum or gallery. Warhol would have approved.

Dia Foundation
Until 15 December, Dia is displaying the renowned Shadows painting Warhol created from 1978 to 1979. These were first shown by Dia in the late 1970s and remain Warhol’s most abstract and ambiguous paintings. Technically a single painting in multiple parts, the canvases form an immersive installation, offering viewers the chance to reconsider be surrounded by Warhol. Unveiled afresh on the ground floor of the headquarters of Calvin Klein (who supported its conservation and installation), the installation would have been a must-see for Warhol and his friends on any given Saturday. 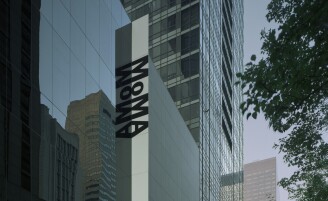 Along with its impressive theatre which often screens modern and contemporary art films, MoMA was one of Warhol's favorite museums and would likely have remained so today, given their renewed interest in his work.

Anthology Film Archive
Many of Warhol’s films were first premiered at this unique institution, a living museum devoted to the most ambitious and recherché of experimental cinema. Today, it is still run by Warhol’s old friend and collaborator Jonas Mekas, now 95, who is forever committed to the most avant garde cinema. This is a true Warhol shrine – it’s perhaps the only place left that might regularly screen the entirety of his eight-hour Empire State, 1964 (which the Whitney will screen throughout the run of the upcoming retrospective) and the perfect place to catch one of his camp celluloid classics.

Diane von Furstenberg
The ever-glamorous Diane von Furstenberg has become the reigning queen of the Meatpacking District with her corner store, studio, office and penthouse apartment. The ground-floor boutique is a virtual shrine to her longtime friend Andy, featuring not only the special “Pop” versions of her signature wrap dress, created for the firm’s 40th anniversary in 2014 and featuring his flowers and dollar signs, but also her singularly striking portrait by Warhol which is often hung in a pride of place overlooking the entire enterprise.