By Sotheby's & Belmond
Sotheby's is delighted to partner with the Belmond Cadogan Hotel to present an exceptional city guide to the United Kingdom's art capital. London has long been celebrated for its diversity, and its art scene is no exception. From crowd-pulling public institutions with their blockbuster shows, to hipster-magnet galleries and historic house museums, the city is an ever-changing maze of contemporary visual culture. For more on London, see London: the Insider's Guide.

A good place to start for any visitor is the exceptionally popular British Museum, which, while not an art museum per se, houses some of the finest relics of human history. Meanwhile, the pioneering Victoria and Albert Museum offers ground-breaking displays of fashion, design and technology for those also looking beyond the traditional confines of “fine art” – make sure to stay at the newly opened Belmond Cadogan Hotel around the corner for added convenience.

With a seasonal smattering of some of the world’s most important auctions and fairs to boot, including the formidable Frieze London and cross-collecting Masterpiece, there really is no bad time for museum lovers to come and enjoy the wealth of things to see in the Big Smoke.

Ever since 2000, when it first opened in the imposing former Bankside Power Station, Tate Modern has continued to hold sway as a world leader in 20th-century art. Its annual contemporary art commissions in the magnificent Turbine Hall remain a constant draw (examples include Olafur Eliasson’s giant sun and Tania Bruguera’s immersive art project Immigrant Movement International, a response to the increasing number of migrant deaths), while a 2016 Herzog & de Meuron-designed extension has provided an astonishing 60% more exhibition space.

Local's advice: Keep an eye on The Tanks’ programme for some cutting-edge performance art.

Resembling something of a 1970s time capsule, with its winding brick walkways and heavily carpeted foyers, this Brutalist landmark is as trendy now as when it opened in 1982. The Barbican Centre hosts a pleasingly unpredictable range of exhibitions on design, photography, Modern and contemporary art: a 2016 smash-hit survey of Icelandic artist Ragnar Kjartansson saw two women in Edwardian dress traversing the lake outside on a boat.

Local's advice: The Barbican is a “total” arts centre, so check what’s on at its theatre, cinema and concert hall. Don’t miss alternative (and free-entry) art space The Curve, either.

The Royal Academy of Arts and Mayfair Art District

The Royal Academy of Arts turned 250 last year, and it celebrated by unveiling a major £56m expansion that joined up the site’s two main buildings, introduced new exhibition spaces and opened up work done by students of the RA’s famous schools to the public. This makes it a stunning setting in which to see everything from contemporary art and architecture to 18th-century Oceanic artefacts.

Local's advice: The local Mayfair district is filled with some of London’s leading commercial art galleries, so those with time to spare should check in at Hauser & Wirth, Gagosian Davies Street and White Cube Mason’s Yard.

Standing proudly at the heart of bustling Trafalgar Square, the National Gallery is home to some of the great works by Old Masters and Modern artists, with Leonardo’s The Virgin of the Rocks and a version of Van Gogh’s luminous Sunflowers worth the visit alone.

A hop and a skip around the corner will take you to the National Portrait Gallery, where the faces of some of history’s greatest icons – Shakespeare, Virginia Woolf and Malala Yousafzai, to name a few – adorn the walls.

Local's advice: The National Gallery is best visited on a weekday, if possible, to avoid the larger crowds.

If you are willing to journey a little (okay, quite a lot) off the beaten track, look no further than the world’s first purpose-built public art gallery, the Dulwich Picture Gallery. Works by Rembrandt, van Dyck and Poussin offer an insight into London’s renown as the home of Old Masters, but it is British architect John Soane’s designs for the building and its famous mausoleum that truly make it stand out.

Local's advice: For a further Soane fix, journey into town to see the eccentric’s former home-turned-house-museum (there’s an Egyptian sarcophagus in the basement).

Located in a striking Arts and Crafts building next door to Aldgate East station, Whitechapel Gallery is the East London hub for Modern and contemporary art. Currently led by trailblazing director Iwona Blazwick, it doesn’t have a permanent collection, choosing instead to devote its resources to an ongoing programme of temporary exhibitions.

Local's advice: Head over to Xi’an Biang Biang just off Commercial Street for some world-class noodles at an affordable price.

Comprising two galleries either side of Kensington Garden’s lake – the Grade-II listed Serpentine Gallery and the Zaha Hadid-designed Serpentine Sackler Gallery – this institution plays host to eight contemporary art exhibitions per year. Perhaps the biggest pull is the Serpentine Pavilion, an annual architectural commission that started with Zaha Hadid in 2000 and has since featured figures such as Ai Weiwei and Francis Kéré.

Local's advice: Henry Moore’s bone-like The Arch, 1980, is a few long strides from the Sackler Gallery and is well worth a quick detour.

London is home to innumerable house museums, but few if any of them match the quality and art-historical significance of the Wallace Collection. Formed out of the Fourth Marquess of Hertford’s unprecedented donation of art to the nation in 1897, this singular institution on Soho’s Manchester Square showcases canvases by Frans Hals, Rembrandt and Canaletto, alongside rare pieces of arms and armour, furniture and decorative objects (alongside much more).

Local's advice: The glass-roofed courtyard restaurant is a wonderful place for afternoon tea, offering up sizable scones, slices of cake and, for the non-conformists, a glass of cool Champagne.

Tucked away beside the River Thames, the Hayward is enjoying something of a renaissance following a 2018 renovation. Central to this are newly uncovered skylights, which allow visitors to enjoy exhibitions on contemporary art and photography while bathing in natural light. In 2016, the Hayward put on the sensational pop-up exhibition The Infinite Mix at fellow Brutalist hotspot 180 the Strand, and the latter’s exhibitions are a must-see for those lucky enough to be in town when they are on.

Local's advice: The Queen Elizabeth Hall Roof Garden nearby to the Hayward is a beautiful spot for a cocktail at sunset.

Beyond Museums: Our Recommendations

This newly opened establishment in the heart of Chelsea offers an enticing blend of luxury and modern sophistication. Its décor and service are second to none, while the location makes for a fantastic base from which to explore London’s museums, if you can tear yourself away from the wealth of local shops and restaurants. Make sure to take advantage of exclusive access to the tranquil Cadogan Place Gardens, where staff can organise a picnic or tennis match for you.

The ICA was one of the most important institutions to bring contemporary art to a wider audience in London. While its programme can still excite, recently an even more attractive reason to visit has appeared in the guise of Rochelle ICA. The only off-shoot of Margot Henderson and Melanie Arnold’s renowned Rochelle’s Canteen in Shoreditch, the art-world favourite offers what looks like home cooking and is so much more delicious.

Shoreditch is increasingly the food centre of London. At the vanguard of this move was James Lowe, whose Michelin-starred restaurant shows the triumph that care and attention to local ingredients can deliver. A regular fixture on the World’s Best 50 Restaurants list, Lyle’s brings contemporary cooking to sometimes-forgotten ingredients such as mutton or mulberries. Lunch is à la carte, while dinner is an astonishingly good value fixed menu.

Claude Bosi is renowned for delivering the classic French cooking everyone wishes they remembered. He has recently taken over the great dame of Brompton Cross, Bibendum, and reinvigorated it with a refinement that is tantalising. This dining room launched a new wave of cooking in England and now it is teaching London about the classics all over again.

The bar in private members’ club 5 Hertford Street, opened by Robin Birley in 2012, is, in many ways, one of London’s worst-kept secrets. Everybody knows that for the perfect drink, and one that will quickly ascend to dancing the night away in glamorous and chic surroundings, Loulou’s is the place to go.

The first in a wave of bars across London that introduced a seriousness to cocktail-making, Nightjar once again lures you east. Styled as a glamorous speakeasy, the room is often filled with the joys of jazz while the cocktails are taken from classic recipes and made bang up to date. It’s probably the most sophisticated bar on the fringes of Shoreditch, with the most delicious drinks in London.

For quirky fun when you’re enjoying a drink, step back in time to the residence of Phileas J Fogg – famous for travelling around the world in 80 days. The drinks are delicious enough to make you want to extend your trip, and thankfully there’s memorabilia around the place to admire.

London can seem daunting for first-time visitors, but it has one of the easier-to-navigate metro systems out there (and for what it’s worth, the seats are unnecessarily comfy!). For those looking to stick above ground, the iconic red double-decker buses are improving, while the equally recognisable black taxis are reliable and usually easy to find – order one through the app Gett if you find yourself off the beaten track. Should minicabs be your preference, Addison Lee and Uber remain the best options. 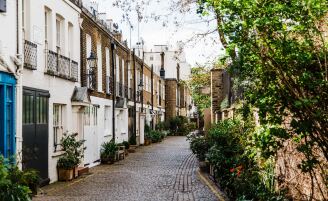