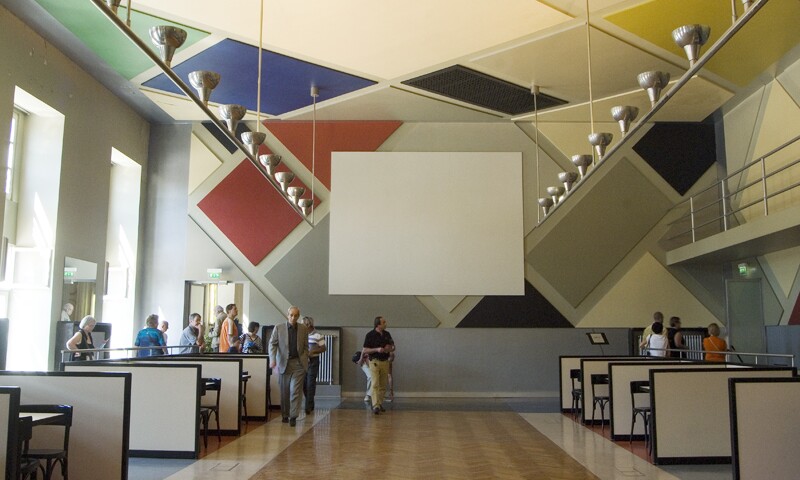 Aubette 1928 is a contemporary art museum located in an eighteenth-century neoclassical building in Strasbourg. The Aubette was originally built between 1765 and 1772 by Jacques-François Blondel and remodeled by avant-garde artists Sophie Taeuber-Arp, Jean Arp, and Theo van Doesburg in 1928 to create a leisure complex that applied the theories of the De Stijl art movement. The leisure complex boasted four floors and included a dance hall, cinema, tea room, brasserie, restaurant, billiard room, and café. Considered too avant-garde by many members of the public, most of their décors were modified and/or destroyed by the late 1930s. Following the partial restoration of the cinema/ballroom in 1994, the city of Strasbourg supported restoration of the remainder of the first floor, conducting extensive research to faithfully adhere to the Arp's and van Doesburg's original design. The Aubette's entire first floor was reopened to the public in 2006. Today, the Aubette also hosts contemporary artistic programs and dances, performances, and multimedia works.