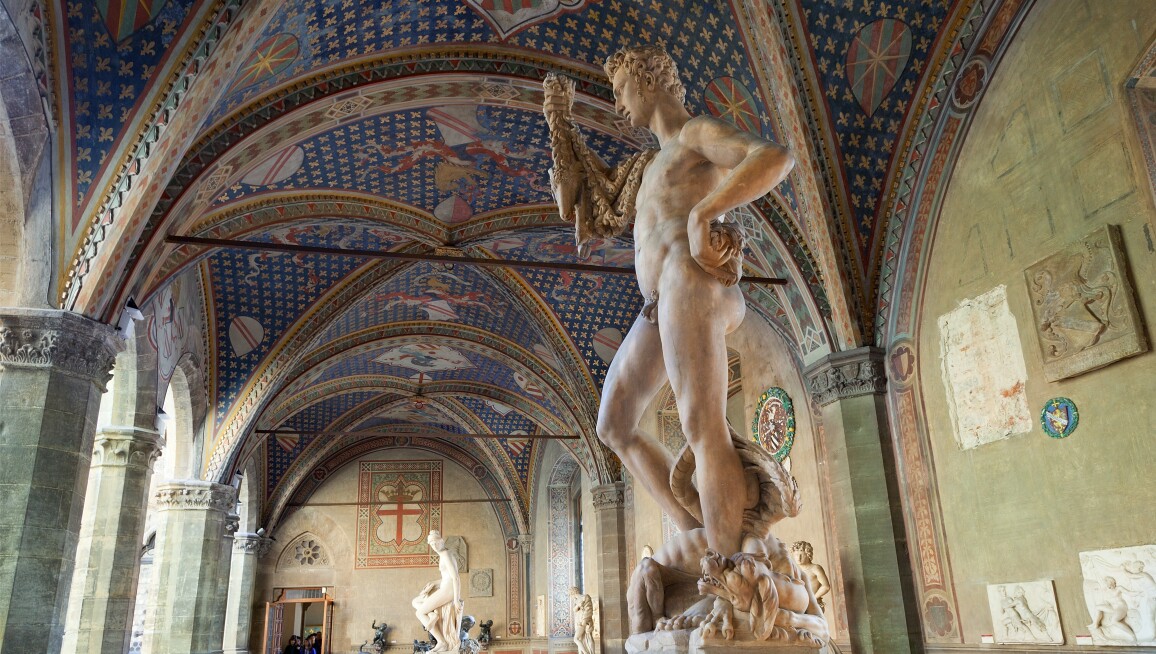 This museum has a remarkable collection of sculpture and works of art. It occupies an impressive palazzo built for the Capitano del Popolo in the mid-13th century, which later became the seat of the Podestà and Council of Justice. In 1865, the palazzo became home to the National Museum, bringing together many important Renaissance sculptures, including masterpieces by Donatello, Luca della Robbia, Verrocchio, Michelangelo and Cellini. The collection was subsequently enriched with splendid examples of bronzes, majolica, waxes, enamels, medals, seals, ivories, amber, tapestries, furniture and textiles from the Medici holdings and those of private donors.