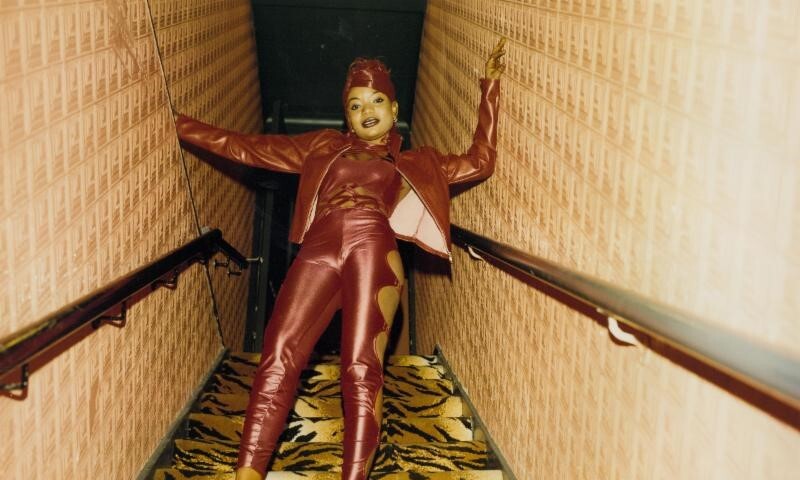 Liz Johnson Artur: Dusha is the first solo museum exhibition devoted to the work of the Russian Ghanaian artist, whose three-decade career has focused on photographing individuals and communities across the African diaspora. The exhibition will present an installation of photographic works, sketchbooks, films, and audio drawn from Johnson Artur's vast Black Balloon Archive, which she began after her first visit to Brooklyn in 1986.

Dusha (which means "soul" in Russian) will feature more than 75 photographic works spanning the artist's career. The focus of the Brooklyn Museum's presentation is her Black Balloon Archive, whose name comes from a song featured on the American soul singer Syl Johnson's 1969 album Is It Because I'm Black, which expresses his joy at seeing a large black balloon dancing against a "snow-white" sky. Johnson Artur's Archive captures the multiplicity of everyday life in Africa, Europe, North America, and the Caribbean. The exhibition includes her early photographs in Brooklyn, some of her most iconic pictures from the past thirty years, as well as new photographs, such as portraits of people associated with the monthly East London club night PDA, which stands for Public Display of Affection. Also on view are the artist's sketchbooks, filled with photographs, which she has used to organize and conceptualize her archive since the early 1990s.

Johnson Artur's work thoughtfully explores representation and self-representation. Central to her practice is her intimate engagement with people, meeting them and seeing each subject as having their own individual story. Two videos and a sound installation highlight how the artist foregrounds the unique voices and stories of her subjects. Real ... Times (2018) weaves together various narratives from London's communities - from Windrush protest rallies to the Born N Bread collective. Afro Russians (2010-2019) documents the stories of other Russians of African and Caribbean descent. Finally, a selection of Johnson Artur's portraits of the legendary Ghanaian photographer James Barnor are accompanied by a sound collage of interviews with Barnor.