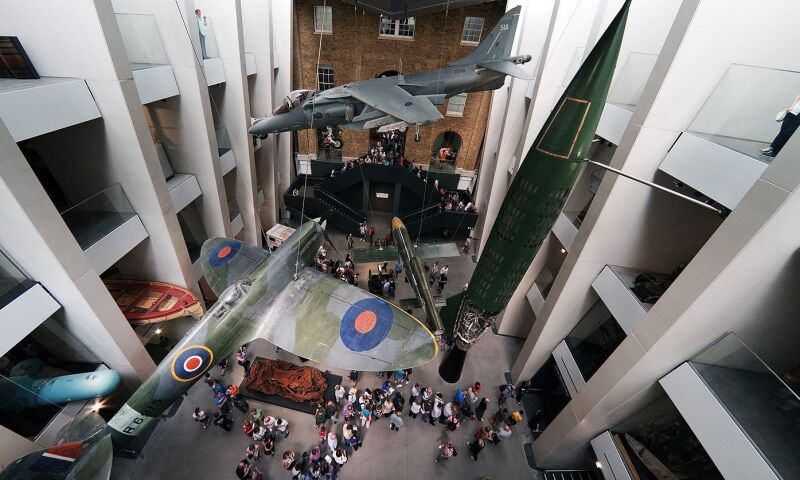 IWM, London is the flagship branch of the Imperial War Museums, a British national museum organisation with branches at five locations in England. Founded in 1917, the museum serves as a memorial and record of the wartime efforts and sacrifices of the people of Great Britain and the Commonwealth. Upon its opening, its focus was on World War I, but its remit has since been extended to include World War II and subsequent military engagements. The Imperial War Museum covers both service and civilian aspects of war. The extensive collections include a range of vehicles from both sides of the world wars, including a British Mark V tank and a Sopwith Camel fighter from World War I. An American Sherman tank is preserved from World War II, as are a British Spitfire Mark I, a German Heinkel He 162 jet fighter, and a German V-1 flying bomb and V-2 rocket. The museum holds an extensive photographic archive and has an outstanding art collection, containing works by Paul Nash, Laura Knight, John Piper, Sir Stanley Spencer, Norman Wilkinson, and many others. Visitors to the museum are presented with a number of realistic audiovisual, interactive, and other simulated experiences. These include a walk through a frontline trench at the Somme in 1916, the devastation of a London street bombed in 1940, a flight simulator, and a video representation of a nuclear explosion. The museum also holds special exhibitions.