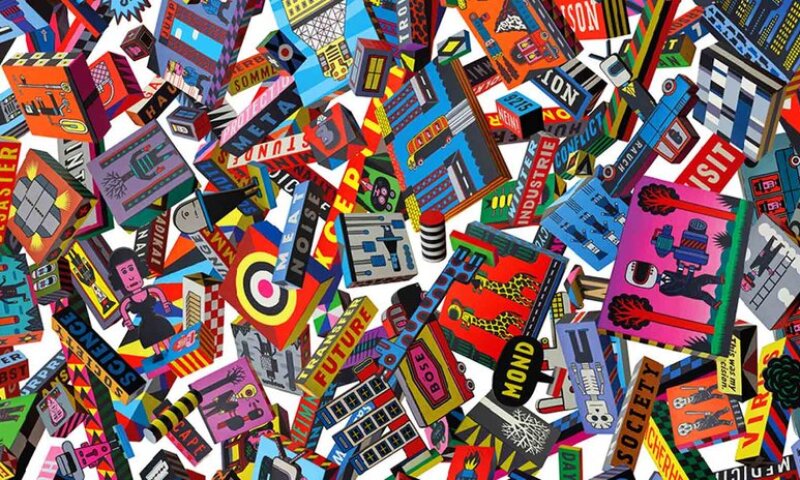 Henning Wagenbreth chose images that have inspired him and been his favourites for Transitzone, allowing pieces from the collection to interact with his own work. Wagenbreth (b. 1962), a Berlin graphic designer and illustrator, is known internationally for his distinctive graphic style. Using clear lines and strong colours, he packs his narratives with images that are both imaginative and clearly defined. It goes without saying that Wagenbreth is versed in digital media, and yet he understands the virtues of drawing by hand and traditional printing techniques, which he considers to be important sources of originality in design.

Wagenbreth’s colourful, visual cosmos precisely analyses the “here and now” – as a transit zone between the future and history. We encounter motifs from all ages, for instance skeletons, reminding us of a medieval Dance of Death, burning buildings found in old illustrations, or a zombie Napoleon – a satirical figure revived from earlier caricatures. Even The Tobot Tower, a sculpture composed of illustrations at the heart of the exhibition, plays with visual citations ranging from Wunderkammern (chambers of curiosities) to computer games, from the Aztecs to science fiction, and from Babylon to Metropolis.