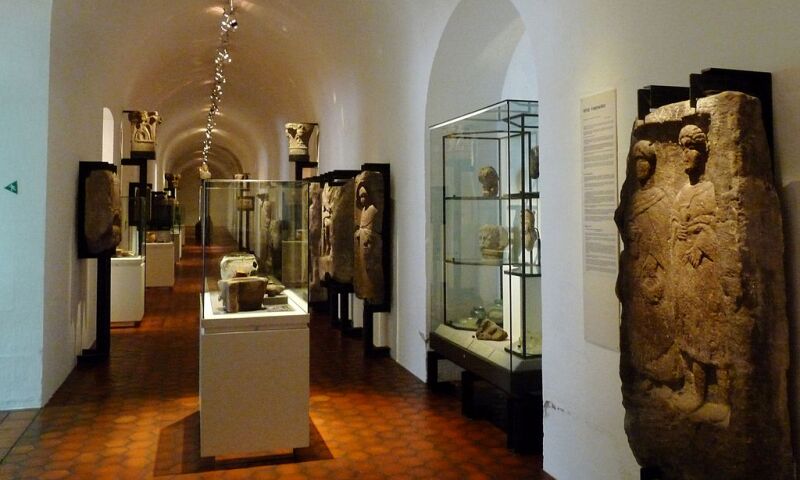 Strasbourg’s Musée Archéologique (Archaeological Museum) showcases archaeological finds from Strasbourg and the Alsace region that highlight human settlement in the region from prehistory through the Merovingian period (roughly 800 CE). Opened in the 18th century, the Archaeological Museum is the oldest of Strasbourg’s museums and hosts one of France's largest archaeological collections. The Museum has particularly rich collections related to the Bronze and Iron ages as well as to daily life in medieval Alsace. Highlights include Bronze and Iron Age tombs, weapons and jewelry, and exhibitions on Neolithic farming and Gallo-Roman life. The Museum’s exhibitions are arranged by period and include rooms dedicated to Prehistory, the Bronze and Iron Ages, Gallo-Roman civilization, and the early Middle Ages.

The Archaeological Museum is located in the basement of the Palais Rohan, the former residence of prince-bishops and cardinals of the House of Rohan. It traces its origins to Johann Daniel Schöpflin, a professor of history, rhetoric, and law at the University of Strasbourg who bequeathed his collection to the city of Strasbourg upon his death in 1771. The Alsace Society for the Conservation of the Historical Monuments of Alsace expanded the municipal collections; though much of this collection was lost during the Franco-Prussian War. The Museum’s collection continues to grow as new constructions, such as those undertaken to expand the Strasbourg tramway, reveal additional artifacts.