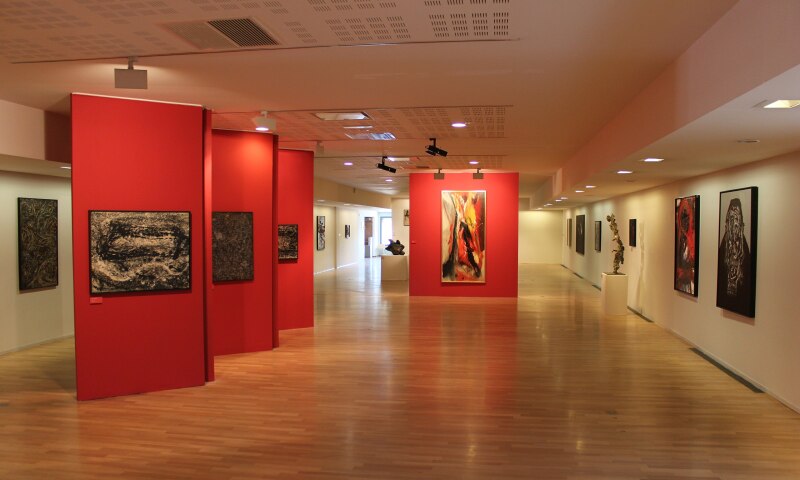 The Musée des Abbatoirs (Museum of the Slaughterhouse), better-known as Les Abbatoirs, is an arts center and contemporary art museum in Toulouse. It unites collections from what were once three separate museums: the Fonds régional d’art contemporain de la region (Regional contemporary art holdings) and the former museums of Modern and Contemporary Art. The over 4,000 works have also been expanded by private donations. The modern art collection focuses on artists who were active in the 1950s and illustrates a number of post-war modernist painting artistic trends and movements, such as CoBrA, Art Brut, Arte Povera, and lyrical abstraction. The contemporary collection is dedicated to art produced since the 1970s and showcases French, Italian, and Spanish artists, arranged along the themes “Beyond nature and culture;” “Poetic economy; “The image and its diffusion”; and “individual and collective narratives.” It is located in a 19th-century building that served as Toulouse’s municipal slaughterhouse from 1831 until 1988. Les Abattoirs also offers a resource center, archives, bookshop, restaurant/café, meeting rooms, workshop space, and an auditorium.