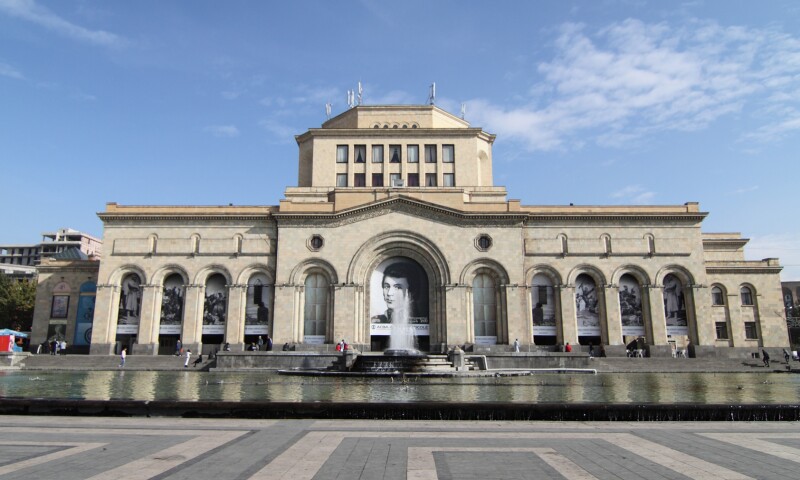 Considered to be the largest art museum in the Republic of Armenia, the museum has one of the most prominent locations in the Armenian capital.

The National Gallery was founded in 1921 under the decree of the Armenian Soviet Socialist Republic. The museum represents the artistic section of the State Museum. The NGA currently houses around 26,000 works of art, many of which are permanently displayed in the museum's 56 galleries and halls. Some of the artists included in this collection are Wassily Kandinsky and Marc Chagall along with many other works by Dutch, Russian, and Flemish artists.
(Photo: Wikimedia Commons)