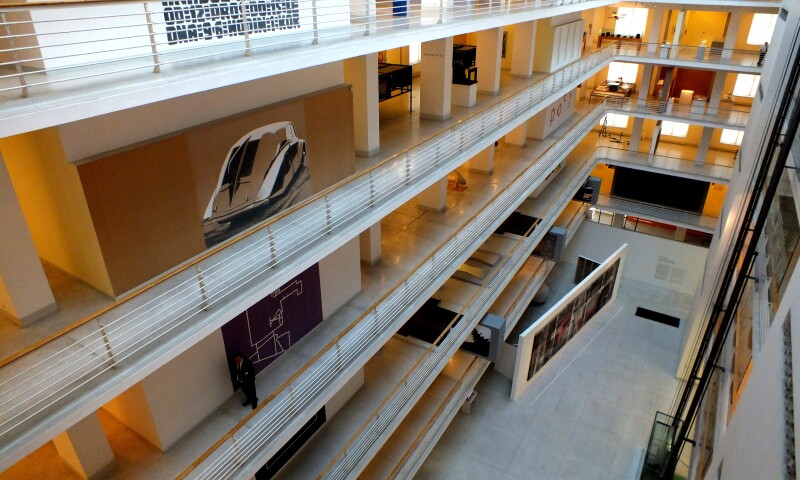 The National Gallery Prague is a state-run art gallery that manages the Czech Republic's largest art collection. It is one of the largest museums in Central Europe. The National Gallery's collection is spread out among 11 buildings in and outside of the city of Prague and spans many artistic movements and geographic regions. Its massive collection includes Czech and Slovak paintings and sculptures, including work by Otto Gutfreund, T.F. Simon, Bohumil Kubišta, Vincenc Beneš and others; while its international collection includes works by Picasso, Rodin, Van Gogh, Gauguin, Cézanne, Munch, Miró, and Klimt, many of which were donated by art historian Vincenc Kramár. The Convent of St. Agnes of Bohemia displays Bohemian and Central European art from the Middle Ages, while the Šternberk Palace displays European art from Antiquity through the end of the Baroque period. The Schwarzenberg palace exhibits Baroque Bohemian art. Nineteenth century art is displayed in the Salm Palace, while modern and contemporary art, including a number of Czech Cubist works, are displayed in the Trade Fair Palace and the House of the Black Madonna. Asian and ancient world art are exhibited in the Kinsky Palace. Outside of Prague, the Kinsky castle and Fryštát castle display Baroque and nineteenth century art, respectively.

The National Gallery traces its origins to 1796, when a group of Czech nobles and intellectuals established the Picture Gallery of the Society of Patriotic Friends of the Arts to “elevate the deteriorated taste of the local public.” The art collection was transferred to the Czechoslovak state in 1918 and, during World War II, united with the Modern Gallery, a private foundation that collected 20th century art and which had been under the purview of Emperor Franz Joseph I. The National Gallery Prague was formally established in 1949. Its mission is to elevate the nation’s spirit through works of art. To this end, the National Gallery collects, preserves, and makes publicly available paintings, sculpture, graphic art, and new media.