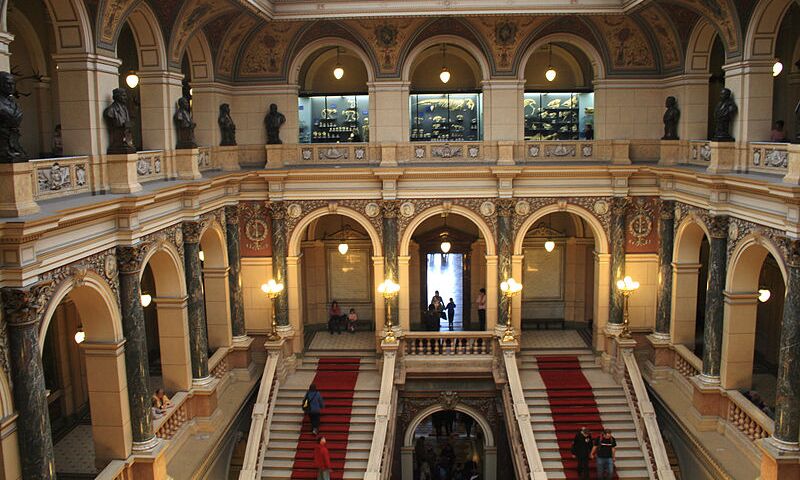 The National Museum is the largest museum in the Czech Republic and is charged with collecting items and performing scientific, educational, and methodological functions to enhance Czech national identity and awareness of Czech participation in broader European and world communities. The Museum consists of five specialized institutes, located around Prague: the Museum of Natural Sciences, the Historical Museum, the Library of the National Museum, the Náprstek Museum of Asian, African and American Cultures, and the Czech Museum of Music. Its collection comprises over 14 million material objects from all disciplines, of both Czech and foreign provenance.

The Museum was founded in 1818 and was originally focused on the natural sciences. The Museum’s first director, Count Kaspar Maria Sternberg, was a world-famous paleontologist, but the Museum began to develop collections of historical objects during the 1830s and 40s. The 19th century Neo-Renaissance Historical Museum, located in Wenceslas Square, has recently partially reopened to the public following major renovations to both repair damage suffered during military attacks in 1945 and 1968 and construction of the Prague Metro in the 1970s and convert it to a modern museum space. These renovations will not only double exhibition space in the central location, but also make the entire museum accessible to visitors with disabilities.