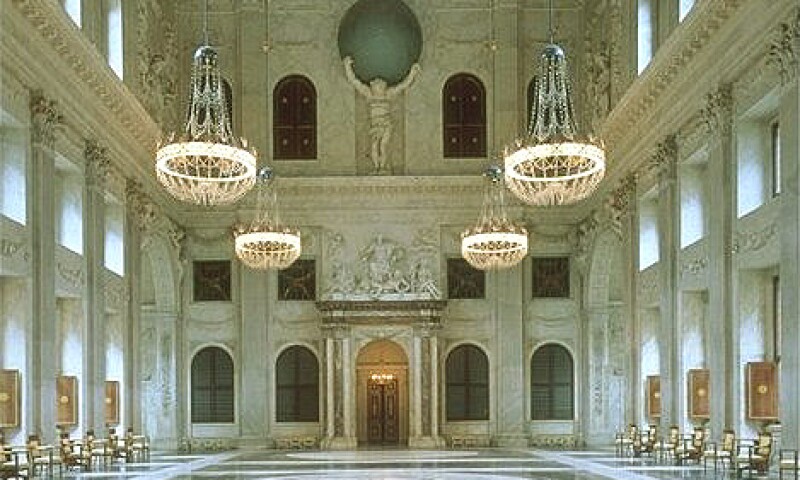 The Royal Palace of Amsterdam is situated on Dam Square in very the center of Amsterdam. It was originally built as the city hall for the magistrates of Amsterdam. In the 17th century it was the largest secular building of Europe. Today the Royal Palace on the Dam is one of the three Palaces, which the State has placed at the King's disposal by an Act of Parliament. It is used for Royal Events like reception of the foreign heads of state during their visits in The Netherlands, the King's New Year reception and other official receptions. Every year, it provides the setting for the presentation of various official and royal prizes. The Royal Palace was designed by the architect Jacob van Campen to serve as the Town Hall of Amsterdam. It was built in the period from 1648 to 1665 and stands in Dam Square, in the heart of the city. The architecture is in the Dutch Classicist style: the building is symmetrical around a central axis and features classical columns. The artworks and sculptures, both interior and exterior, symbolize good governance, justice and commerce. In 1808, two years after taking the throne of Holland, King Louis Napoleon turned the building into a palace. The palace is open to the public most of the year.