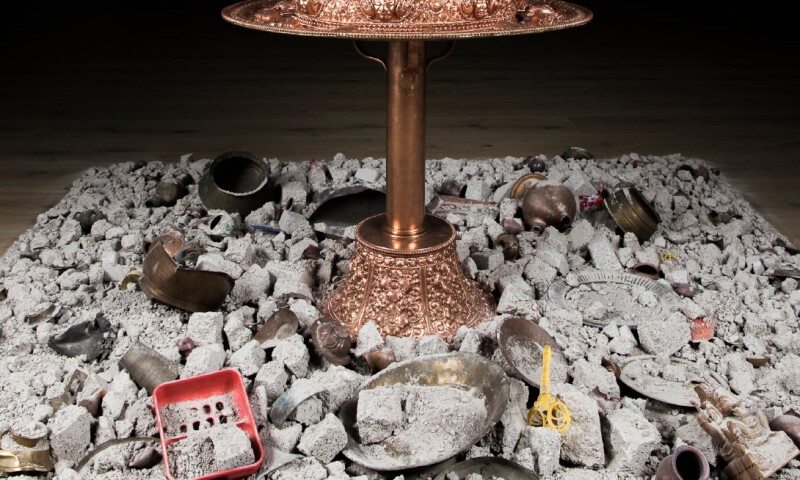 With the Tibetan Buddhist Shrine Room installation as an anchor, this exhibition juxtaposes alongside the room the contemporary artworks by Tsherin Sherpa and Charwei Tsai in “Shrine Room Projects: Wishes and Offerings.” The featured works offer reflections on rituals, offerings, and aspirations—themes that connect directly to the Tibetan Buddhist Shrine Room installation as well as to visitors contemplating their own wishes and offerings. Sherpa’s “Wish-fulfilling Tree” (2016) represents a poignant response to the earthquakes that struck his home country of Nepal in 2015. The large-scale installation includes a seven-layer bronze mandala, an idealized representation of the universe, surrounded by rubble, debris, and found objects — all sourced from within five blocks of the Rubin Museum. “Wish-fulfilling Tree” is both a memorial to the destruction of the earthquake and a wish for the future, creating a relationship between cosmic aspiration and earthly reality.

(Image courtesy of the Rubin Museum of Art)