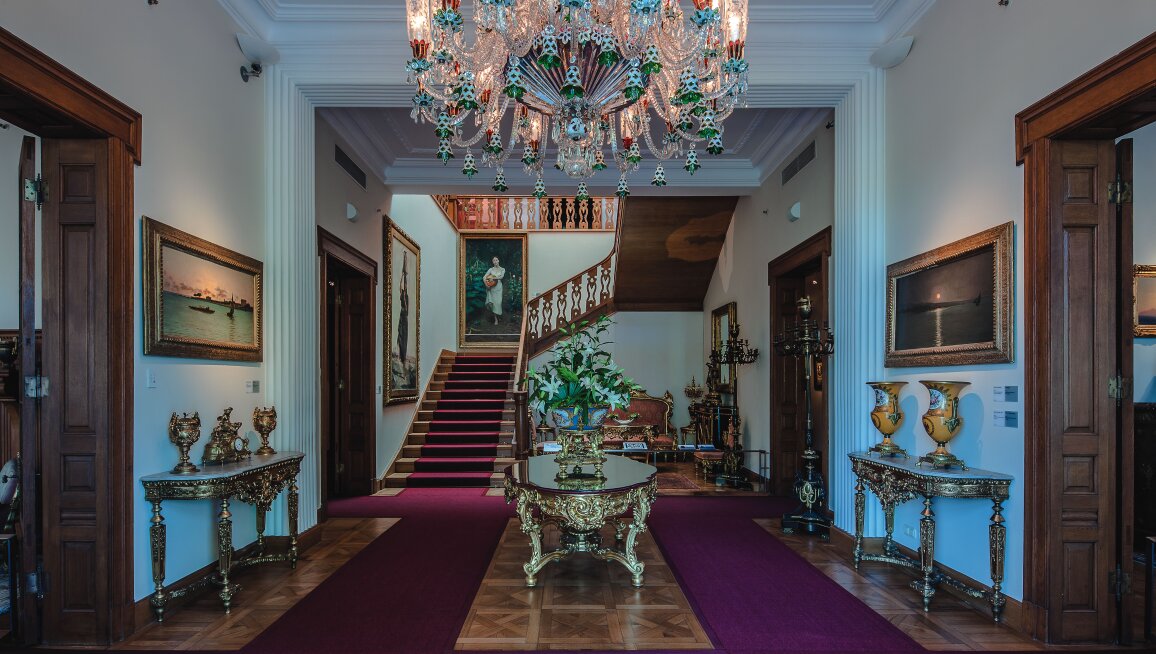 Centred around a historic building in Emirgan on the shore of the Bosphorus, this museum features a large and diverse permanent collection and conservation department. The mansion and its extensive grounds were purchased by the Sabancı family in 1951 and remained their private residence for many years. In 1998, Sakıp Sabancı bequeathed the manse and its original furnishings – as well as his calligraphy and painting collections – to Sabancı University for the purpose of establishing a museum. An annex housing modern galleries was built adjacent to the home, and the museum opened in 2002. It hosts temporary international exhibitions, lectures, seminars and concerts, as well as educational programmes for children and adults.

SSM's Arts of the Book and Calligraphy Collection represents 500 years of Ottoman calligraphy and book production. The holdings include rare manuscript Korans, calligraphic compositions, albums, inscriptions, hilyes (descriptions of the Prophet Muhammad) and Ottoman documents. SSM is dedicated to progressive innovation and has digitalized its collection and archive to provide an accessible resource for rare and valuable Turkish and Islamic manuscripts. In the exhibition galleries, iPad applications offer visitors an interactive experience.

SSM’s painting collection includes select works from the late Ottoman and early Republican periods. The group is dominated by examples of Turkish painting from 1850 to 1950, with works by Osman Hamdi Bey, Şeker Ahmed Paşa, Süleyman Seyyid, Nazmi Ziya Güran, İbrahim Çallı, Feyhaman Duran and Fikret Mualla, as well as foreign artists including Fausto Zonaro and Ivan Ayvazovski, both of whom worked at the Ottoman Court.