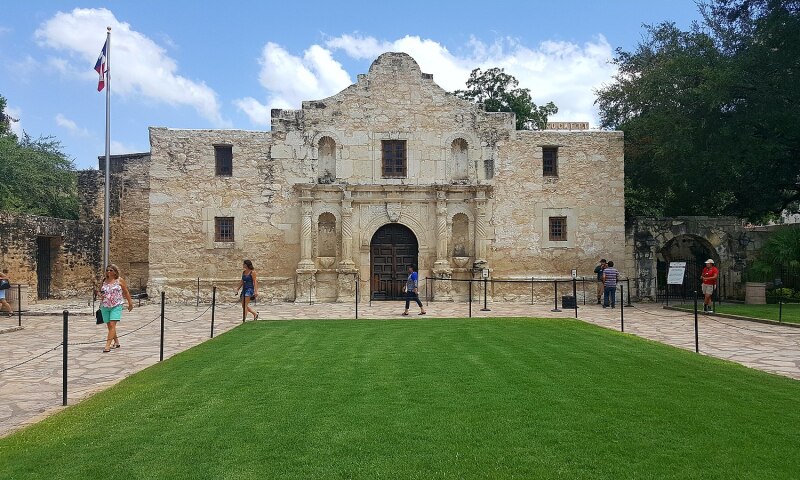 San Antonio’s Alamo Mission, commonly referred to as the Alamo, is the most visited historic landmark in the state of Texas. The Alamo, originally a Roman Catholic mission named San Antonio de Valero, was the site of a decisive 1836 battle during the Texas war for independence. The buildings of the Alamo served a variety of military and commercial purposes until the 1890s, when the Daughters of the Republic of Texas (DRT) spearheaded the preservation of the site. The DRT managed the Alamo until 2016; the site is now under the control of Texas Land Commissioner George P. Bush.

Visitors can tour the mission chapel and Long Barracks. The Long Barracks and a Special Exhibition Hall display artifacts related to the Alamo’s history, including a selection of the $15 million collection donated to the Alamo by British musician Phil Collins in 2014. The Phil Collins collection includes Davy Crockett’s leather bullet pouch, historical documents, and a number of Spanish swords. A museum dedicated to the Battle of the Alamo and the Texas Revolution is currently in the works.