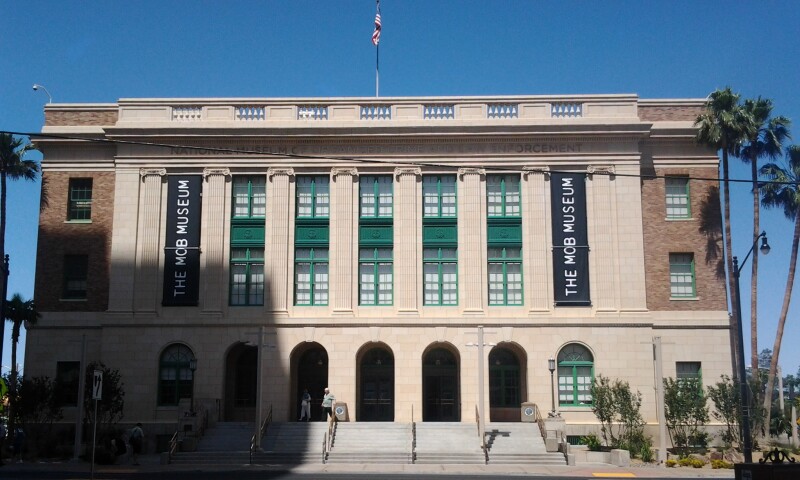 The Mob Museum opened in 2012 and displays the history of organized crime in the United States. From its initial beginnings to present day, the museum tells the story through interactive displays. The highlight of the museum is the second floor courthouse where hearings were heard in 1950 to 1951 to expose organized crime. They also acquired the brick wall where the Valentine’s Day Massacre occurred. Overall it shows the gambling, drugs, prostitution and bootlegging that were undertaken by the mob, and the efforts of the law enforcement to counteract and eliminate those criminal operations.

Located in Las Vegas, it is housed in the former Las Vegas Post Office and Courthouse, originally built in 1933 and on the National Register of Historic Places. It had been purchased for $1 in 2000 with the stipulation that it would be restored for cultural purpose.