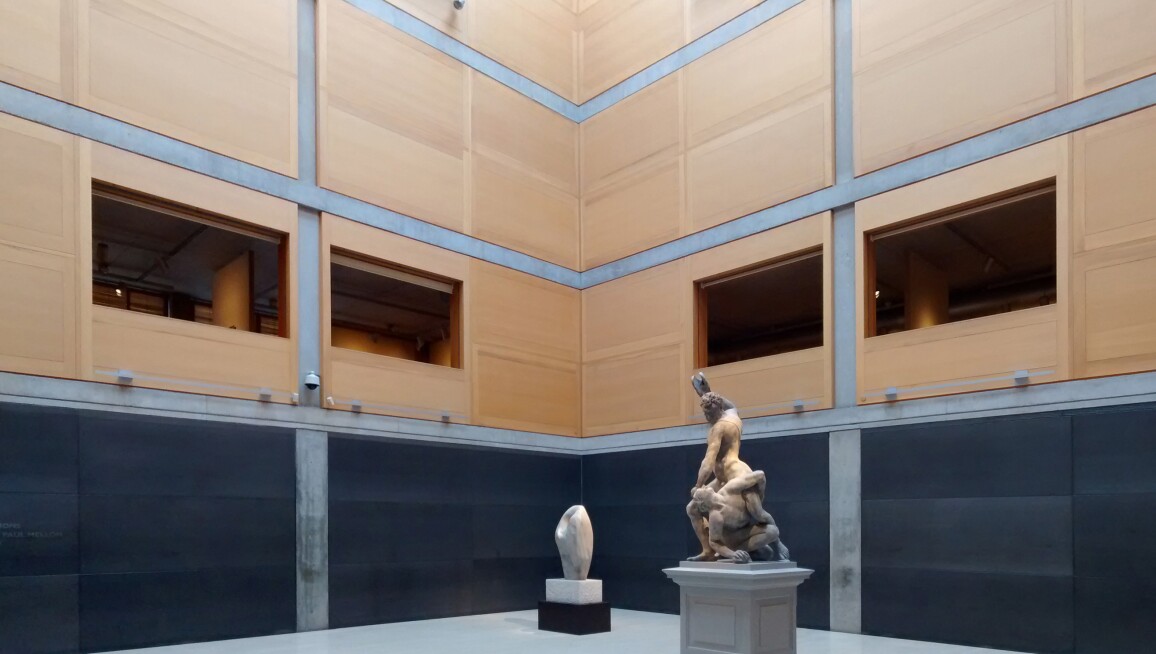 The Yale Center for British Art houses the largest collection of British art outside the United Kingdom. Presented to the university by Paul Mellon (Yale College, Class of 1929), the collection reflects the development of British art and culture from the Elizabethan period onward.

Opened to the public in 1977, the Yale Center for British Art is the last building designed by the internationally acclaimed American architect Louis I. Kahn. The structure integrates the dual functions of study center and gallery, while providing an environment for works of art that is appropriately elegant and distinguished.

The Center’s collections include more than 2,000 paintings and 250 sculptures, 20,000 drawings and watercolors, 40,000 prints and 35,000 rare books and manuscripts. More than 40,000 volumes supporting research in British art and related fields are available in the Center’s library. Works on view include masterpieces by Joshua Reynolds, George Stubbs, Thomas Gainsborough, J. M. W. Turner, and John Constable, as well as major artists from Europe and America who lived and worked in Britain.